August is Women’s Month and the 9th of August is the day we commemorate National Women’s Day in South Africa. This day on this month in 1956 more than 20 000 women marched to the Union building in Pretoria to present a petition against the carrying of passes by women. As we reflect on the history and heritage of this day, we want to celebrate the achievements and relentless efforts of all women in various sectors and roles in our society.

We acknowledge our mothers, sisters, all our national female leaders, activist’s and role models who take what needs to be done and own it. As Isibuko Development Planners and Maseko Hlongwa and Associates, we do not want to leave out our beautiful team of vibrant female staff and associates. We want to celebrate them and commend them for being women who are in the corporate world and contribute towards one of the most male-dominated industries.

Our office has 19 employees, of which 14 are female. These females represent 73% of our staff and are an essential part of the company’s growth and success. We are honoured to be a vehicle producing and grooming the next generation of female leaders within town and regional planning, project managers within the construction industry and all professions relative to our company.

In the words of Nelson Mandela:

“Freedom cannot be achieved unless women have been emancipated from all forms of oppression. unless we see in visible and practical terms that the conditions of the women of our country have radically changed for the better, and that they have been empowered to intervene in all aspects of life as equals with any other member of society” (Veeran, 2006: 88)

Women in our country face many challenges such as restriction to employment opportunities, balancing households with their employment duties, and they are plagued by a patriarchal culture in society and their homes.

Although apartheid marginalised and deprived both females and males of basic human rights and dignity, it is apparent that women have suffered even more. During the apartheid era, black women worked long hours sacrificing their families for poor wages with little to no chances of advancing themselves economically, while their counterpart white females were climbing the corporate ladder. 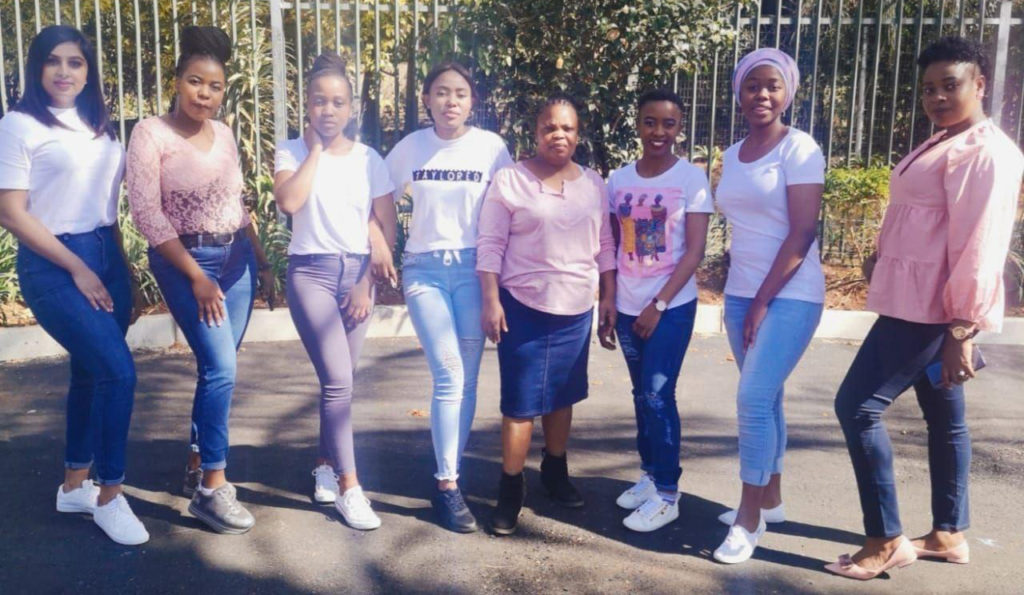 This marginalization of African women was worsened by the regulations passed in 1968 which stipulated that housing permits could only be issued to African men who were over 21 years of age, employed and had dependants legally staying with them (Morris, 1981 cited from Ndinda, 2007). Black women were also restricted from owning land, which pushed them lower in the chain of human dignity, respect, and independence.

Women who are commended today, especially among black women are those who have fought fiercely with resilience against some of the most difficult turbulence in academic and professional development. They have shown a tremendous will to succeed against all odds, social stigma, and insecurities. This month we want to acknowledge and applaud them.

This progression and resilience have led to a brighter future in the battle shared by women to take their rightful and equal position within society.  What we are witnessing in our projects, is that the people that can now benefit the most from housing development projects are women. Many of these women previously confined by the above conditions were led to life in the slums or informal settlements. This, among other issues, is at the heart of our projects and organisational culture.

In partnership with the uMvoti Local Municipality and the Department of Human Settlements, the Greytown Slums Clearance Project (implemented by Maseko Hlongwa and Associates), has grown immensely through the experience of a predominantly female lead project team. There are two female Contractors, led by an internal female Project Manager and team, that are spearheading the building of 1027 low-cost houses. Additional to the Greytown project team, we have a CLO who is also female. As a woman this project has empowered me to believe that there is hope and room for women in South Africa’s construction industry. We have had the privilege to witness the powerful impact of women stepping up and taking the lead in building quality low-cost houses for their communities.

Isibuko and MHA uphold the idea of representing female figures in the workplace and providing equal opportunities for both genders, thus advocating gender equality. Women need to be heard, they need to be seen and they need to go beyond empowering themselves by empowering others.

Keep in touch with us throughout the month as we celebrate all women with festivity and colour, we have a women’s month event on the 14th of August in PMB and Greytown slums women’s day event (date :TBC).